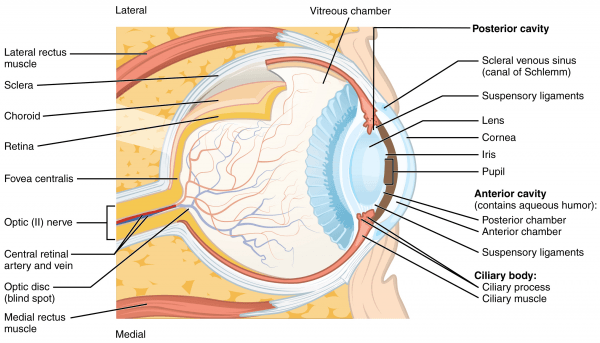 The eye consists of both an optical system that allows the change of focus and controls the amount of light coming in and a sensory apparatus that receives concentrated visual information and transduces it to an electrical impulse that is carried by the optic nerve.

Our histological slides are of a meridional plane, which is perpendicular to the equatorial plane.

Layers of the eye

The wall of the eye can be divided into three layers:

Also called the corneoscleral layer, since it consists of the cornea (transparent, avascular outermost layer at the front of the eye), and the sclera (the “white” of the eye — highly vascular).

Also called the uvea. Consists of:

Consists of the retina which at large, is the sensory apparatus containing photo-receptors. 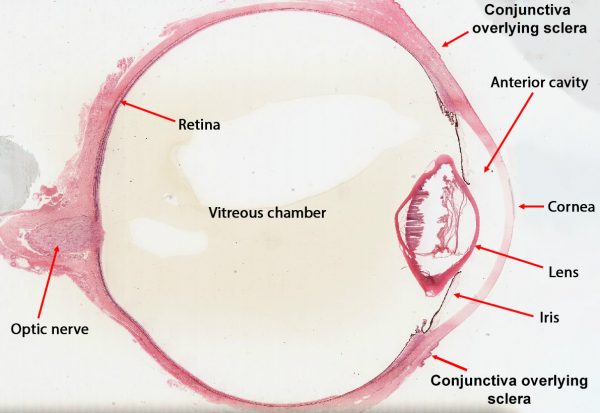 Histological slide of the eye — University of Michigan — CC NP-SA 3.0

0
0
Prev Inner ear — Quiz
Next External Layer
Copyright © 2020 Meddists.com. All rights reserved. No part of this publication may be reproduced, distributed, or transmitted in any form or by any means, including printing, copying, recording, or other electronic or mechanical methods.