Nerve tissue is needed in order to receive and react to information about changes in our internal and external environment.

Our nervous system can be split into 2 parts: 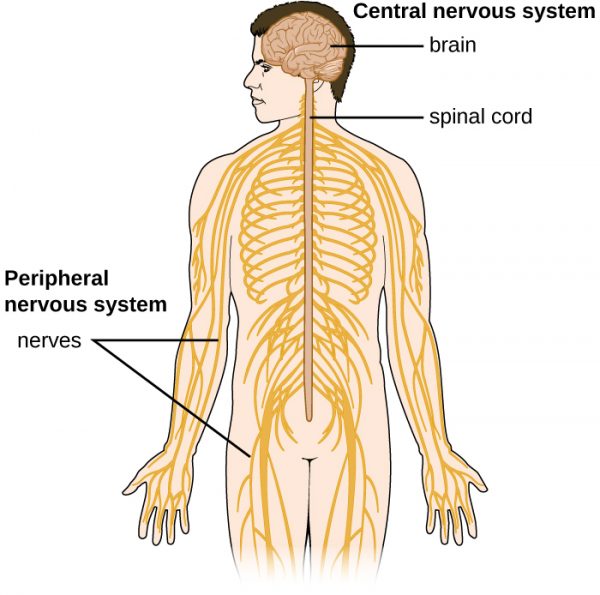 The CNS can be further divided into white and gray matter.
The simplest explanation is that gray matter is the neuron’s cell body, while the white matter is the axon itself (“conduction lines”). 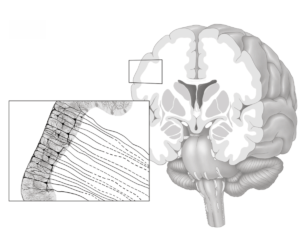 White and gray matter distribution in the brain — Adapted from the work of Ms. Emma Vought — CC BY-SA 4.0 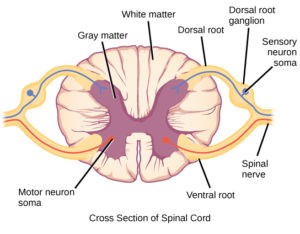 Notice that the distribution of white and gray matter differs in the brain and spinal cord:

In the brain, white matter is located internally, while the gray matter is at the periphery. In the spinal cord, the opposite is true.

The two parts of our nervous system are derived from two sources:

We’ll cover the neurons and the neuroglial cells in the following chapters.

0
0
Prev Updates and Changes (Last: 26/02/20)
Next The Neuron
Copyright © 2020 Meddists.com. All rights reserved. No part of this publication may be reproduced, distributed, or transmitted in any form or by any means, including printing, copying, recording, or other electronic or mechanical methods.