Anatomy of the Thorax

The pleura of the lung is very similar to the serous pericardium; it consists of visceral (shiny) and parietal layers, with nothing but serous fluid in between.

The parts of the pleura are named after the surfaces they face:

Both visceral and parietal pleura are continuous with each other at the hilum — pulmonary ligament. 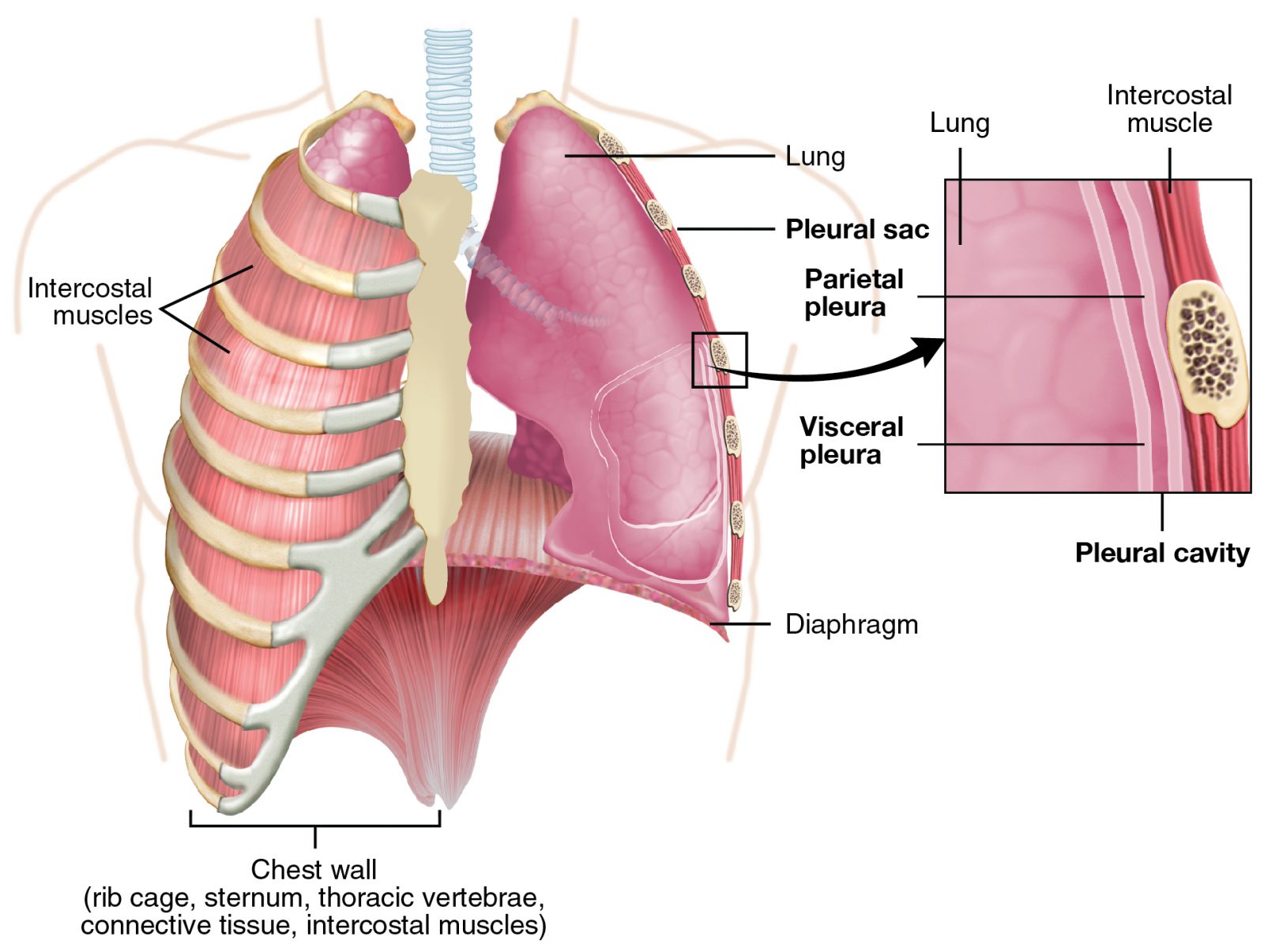 Thoracic wall and the pleura of the lungs — OpenStax — CC BY-SA 4.0 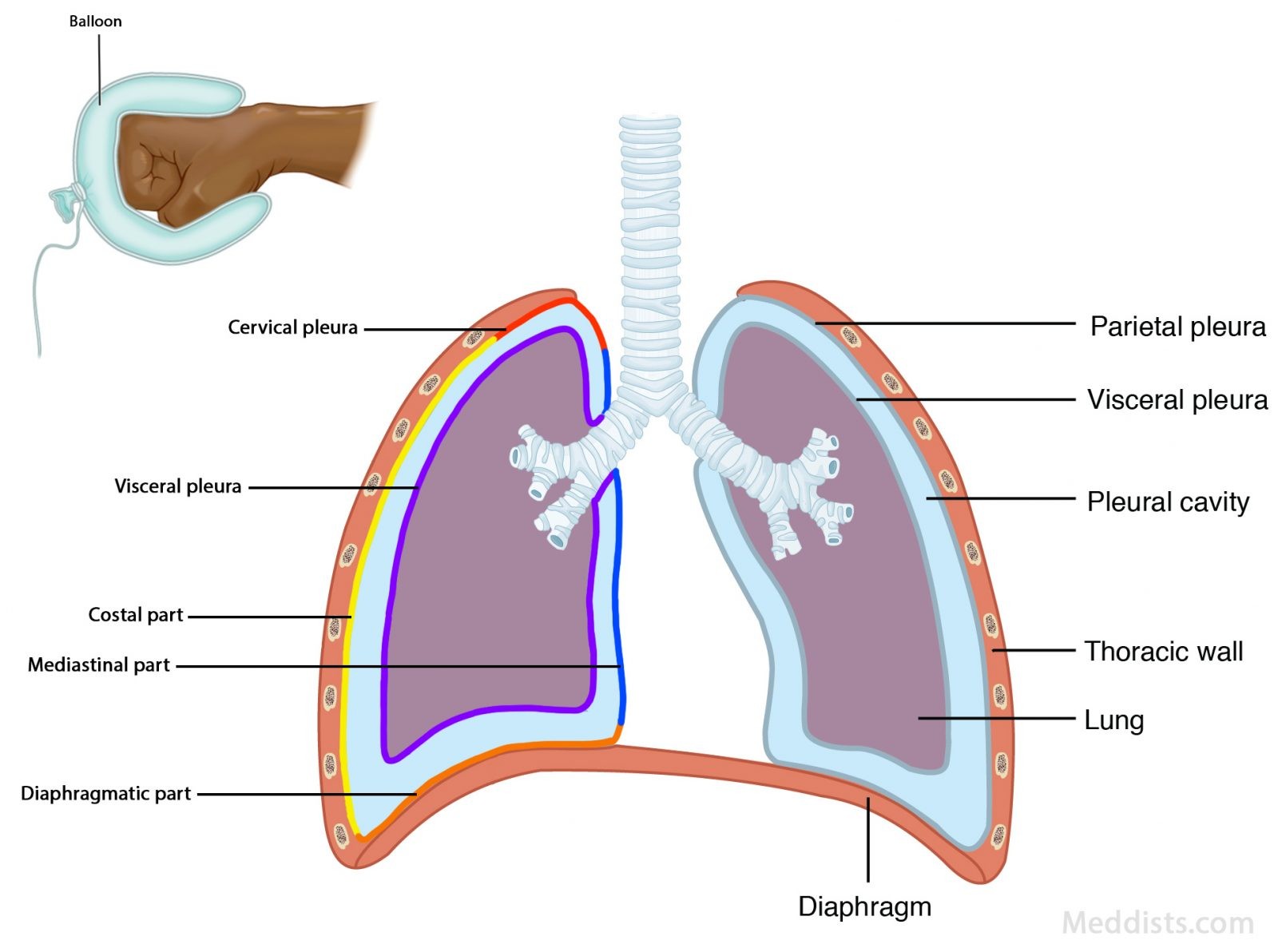 Pleura of the lungs — Copyright © Meddists.com 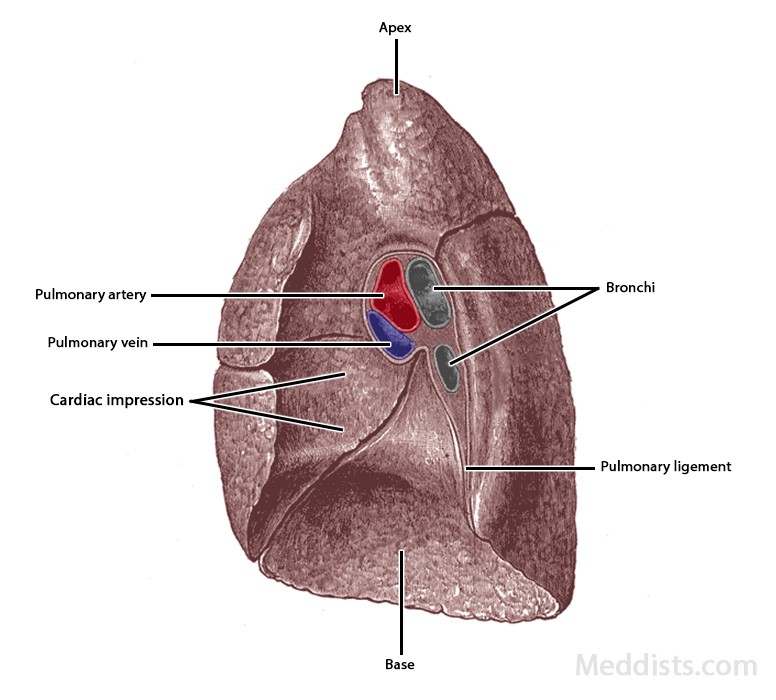 Before we continue with the surface projections of the lungs and their pleurae, we’ll have to split the body into several longitudinal lines.

Anatomists and clinicians may use different terminologies to describe these lines — hence, some refrain from using the term parasternal line — they use “parasternal region” instead, which is the region between the sternal margin and the parasternal line.

A plane is a two-dimensional surface, opposed to a line — which is one-dimensional.

There are three sinuses formed by the junction of the pleurae: 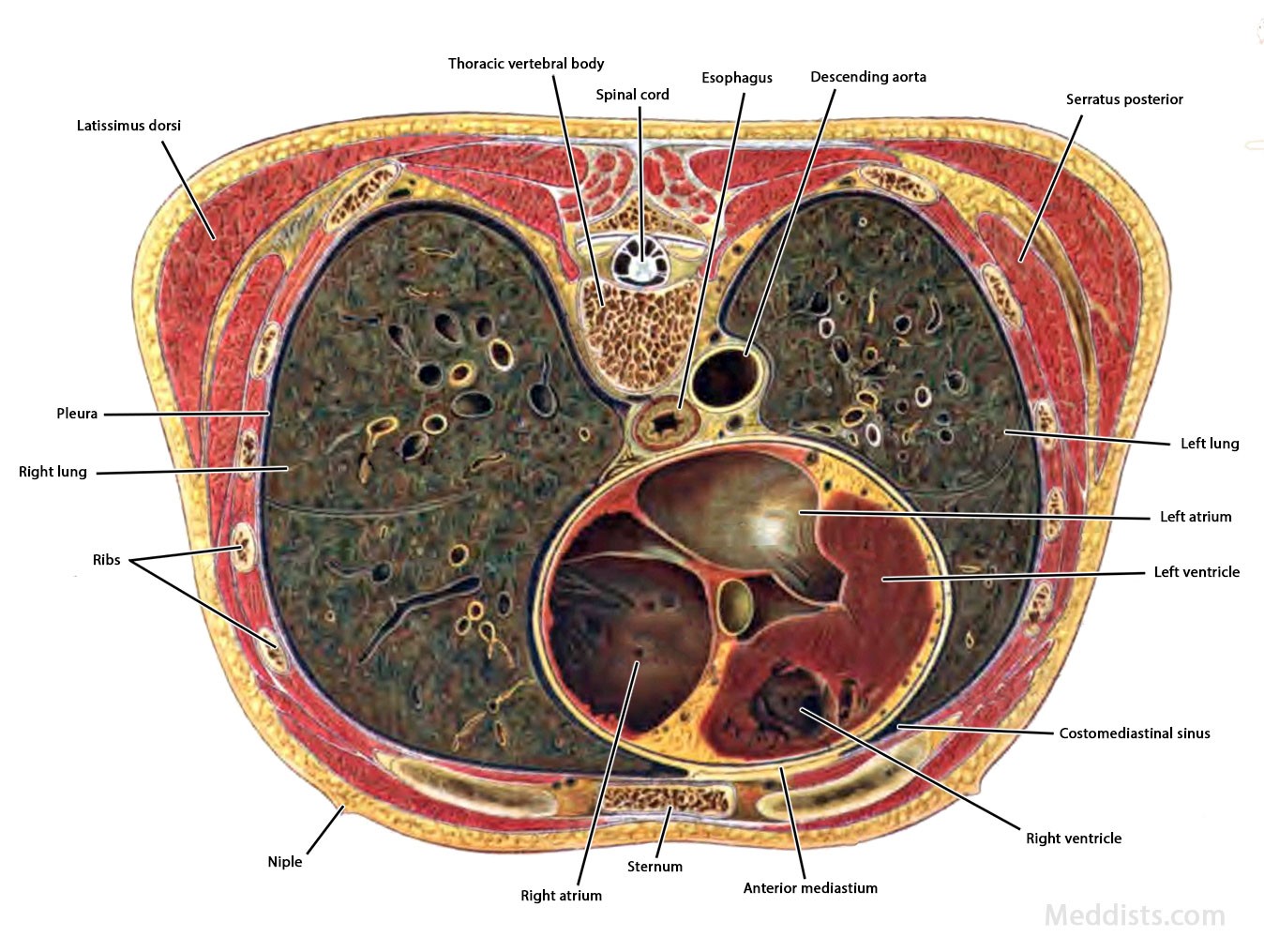 Cross section at the level of T4 vertebra, the costomediastinal recess (sinus) is visible to the sides of the anterior mediastinum — Copyright © Meddists.com

In your practice, you might be asked to find the costodiaphragmatic recess. To do so, you should place your hand along the side of the ribs, above the diaphragm.

0
0
Prev Innervation of the Heart
Next Lungs
Copyright © 2020 Meddists.com. All rights reserved. No part of this publication may be reproduced, distributed, or transmitted in any form or by any means, including printing, copying, recording, or other electronic or mechanical methods.